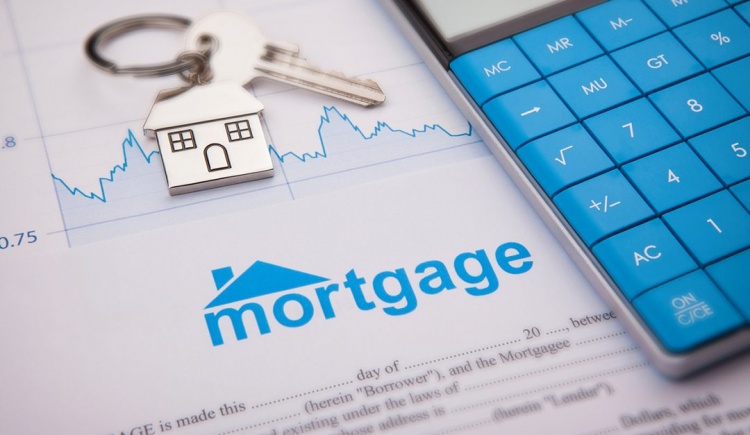 (TNS)—The Fed lowered rates by a quarter of a percentage point Wednesday, for the third time this year, in an 8-2 vote. Citing “global developments for the economic outlook as well as muted inflation pressures” in a statement released by the Federal Reserve, policymakers dropped the target range for the federal funds rate to 1-1/2 to 1-3/4 percent.

The mortgage holders that will benefit from the rate cut are those with adjustable rate mortgages or ARMs, as a Fed cut means another reduction to their mortgage bill. Variable rates usually move in the same direction as the federal funds rate. The federal funds rate, however, doesn’t directly affect long-term rates, which include financial products like 30-year fixed-rate mortgages; those tend to move with long-term Treasury yields.

“Fed rate cuts have very little direct correlation to long-term fixed mortgage rates. We have seen mortgage rates moving in the other direction of the rate cut or not moving at all in the past,” says Shashank Shekhar, CEO of Arcus Lending in San Jose, Calif. “However, in the short term, a Fed rate cut usually boosts the stock prices and takes the money away from bonds. Also, a rate cut is intended to increase economic growth which can be inflationary. All of this is usually bad for mortgage rates and could result in higher rates for the borrower in the immediate future.”

How Fed Rate Affects Short-Term Loans
Most variable and short-term rates are linked to two benchmark rates: the prime or the London interbank offered rate (LIBOR) plus a margin, which is a number of percentage points. These rates usually march in step with the federal funds rate, so today’s rate means an extra jingle in some borrowers’ pockets.

One thing to note is that LIBOR as the key rate in mortgage contracts is on its way out, which is important for consumers to keep an eye on. Loans might get more expensive once LIBOR is replaced, says Greg McBride, CFA, Bankrate chief financial analyst.

“The future for many adjustable-rate mortgages is further clouded by the coming demise of LIBOR as a loan index. There is an open question as to whether the replacement index and margin will mean a higher rate for borrowers than the current LIBOR plus margin,” says McBride.

Addled with credibility issues, largely due to manipulating rates in order to drive profit, LIBOR will likely be replaced by risk-free rates or RFRs. The major flaw in LIBOR is that it depends on empirical data, which means banks report rates without being required to provide numbers to back up their claims. This process led to some LIBOR banks underreporting their interest rates for profit, which meant higher loan prices for some borrowers.

Unlike LIBOR, RFRs would promote transparency by calculating rates based on real transactions in the market.

What ARM Borrowers Should Know
Variable-rate loans, such as 3/1 and 5/1 ARMs, as well as home equity lines of credit, or HELOCs, get more or less expensive as the Fed boosts or lowers rates. This can be a boon for borrowers or a drain on their wallets, which makes variable-rate loans a sometimes-risky proposition.

Products like 5/1 ARMs give consumers the first five years with a fixed rate; after the fixed-rate period ends, there are annual rate adjustments for the remainder of the loan. So, if your rate drops during the adjustment period, the cost of your ARM drops, too.

Many HELOCs are also variable-rate loans, which means a win for borrowers in a falling rate environment.

The problem is that rates don’t always drop. So, it’s important for borrowers to analyze all scenarios: how much they’ll spend as well as how much they’ll save if rates rise and fall. It’s important to ask yourself: Can I afford my mortgage payments if rates spike? Although your initial out-of-pocket payment will likely be lower with an ARM, that low cost might not last if rates rise.

“My brother and sister-in-law have a 5/5 ARM with a great rate and a low down payment. But, if rates go up in five years, their payment might go up by a couple hundred bucks a month. That’s a big increase,” says Sean Murphy, associate vice president of Equity Lending at Navy Federal Credit Union.

A 5/5 ARM is a 30-year adjustable-rate mortgage with a principal and interest payment that stays the same for the first 60 months, and after that, the interest rate could rise or fall every five years.

Often borrowers choose ARMs to get the lowest initial rate possible, regardless of the variable-rate risk. This can be a cost-saving strategy if the borrower is certain they’re going to sell before the fixed-rate period ends or can refinance into another mortgage.

For borrowers who plan on staying put or might not be able to refinance later (due to credit or employment issues, for example), that upfront cost savings likely isn’t a worthwhile gamble.

“There is only about one-quarter percentage point difference between the rate on a 7/1 ARM and a 30-year fixed. For a quarter percentage point, are you going to subject yourself to potentially higher rates seven years from now? You’ve got to be awfully certain you’ll be out of that house within seven years to make that risk pay off,” McBride says.

Consumers May Want to Keep an Eye on These Indicators
The Fed’s decisions on rate movement are often influenced by several economic factors, which consumers can easily track. Employment, inflation and consumer price index are essential data the Fed considers when deciding what to do with rates. One thing consumers may want to look at is the employment report, which is published monthly by the Bureau of Labor Statistics.

The target inflation rate is another yardstick for rate changes. Currently, inflation is still dipping just below the Fed’s target 2 percent rate, which—in concert with other economic trends—could nudge the Fed toward future rate cuts.

As long-term rates hover below 4 percent, many borrowers are in a good position to save money.